Do you know a teacher deserving of some extra love, a tub of supplies and recognition for their hard work in the classroom? Notimate your favorite teacher and they will be entered to win school supplies! 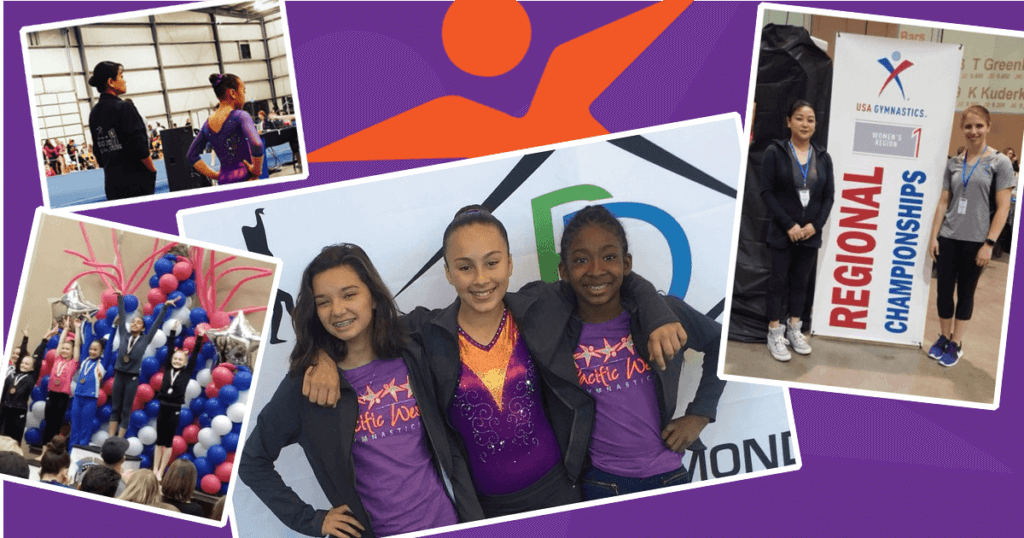 In the Xcel Platinum sessions, Anna Dankiewicz was the Regional Bar Champion for her age division, scoring 9.350. Maggy Narravula placed 3rd on Vault and 3rd on Bars. Leilani Segarra, who qualified to compete as part of the Northern California State Team, placed 2nd on Vault and 2nd All-Around .

The level 7 team followed the next weekend with their own competition in Chandler, Ariz., where three gymnasts represented Pacific West. There, Lauren and Charvi each won the vault title in their respective age groups. Charvi also won the all-around gold and floor bronze medal on the last day of the competition.

Good luck to Tia and Kenna as they train for the Western National Championships!

Congratulations to all the gymnasts on an amazing season and regionals!

Our team banquet is scheduled for May 20th. Stay tuned in for details.

We also do Birthday Parties!

Over twenty live, instructor-led classes per week. Great for all ages and abilities - whether your child is new to our courses or simply mastering their skills. Starting at only $50!

Pacific West Gymnastics offers many family friendly events throughout the year. Take a look and see what's coming up next!

Get the latest news on activities, classes, events, camps and programs. Our news blog puts a fun spin on our specialties.