Enroll in a Class, Get a Free T-Shirt in December

Enroll in a class and flip fashionably into the New Year with a free Pacific West Gymnastics T-Shirt! Open to the first 50 new student enrollments. 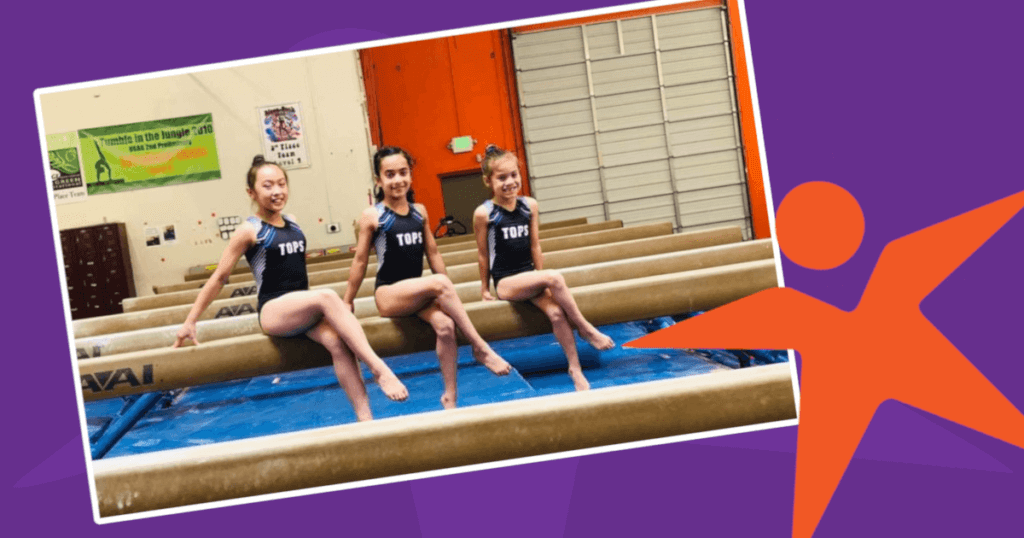 All three Pacific West athletes testing in this year’s TOPs program have qualified to the National Team. Arzou, age 9, made the National TOPs Team, Kaylei, age 10, made the TOPs B Team, and Nicole, age 7, made the Diamond Team. The gymnasts began testing in July and finished the testing process in early October.

The Talent Opportunity Program (TOPs) is a national talent identification program for athletes ages 7-10 run by the USA Gymnastics national coaching and administrative staff. Gymnasts are first tested at the state level in a variety of strength tests as well as routines on each event. The top 50 7-year-old scores in the nation qualify for the Diamond team. The top 100 in each age group (8, 9, 10) qualify on to national testing, where they test physical abilities and show more advanced skills. The top 45 scores from national testing qualify to the TOPs National Team while the next 60 are placed on the TOPs National B Team.

As members of the TOPs National Team, Arzou and Kaylei will attend a training camp with the other team members, coaches and USA Gymnastics National Team staff. As a Diamond Team member, Nicole will receive the official leotard and jacket of the TOPs Diamond Team. Congratulations to the Pacific West TOPs team, parents and coaches on an incredibly successful TOPs testing season!

We also do Birthday Parties!

Over twenty live, instructor-led classes per week. Great for all ages and abilities - whether your child is new to our courses or simply mastering their skills. Starting at only $50!

Get the latest news on activities, classes, events, camps and programs. Our news blog puts a fun spin on our specialties.